A Circle of Stones: Journeys and Meditations for Modern Celts, first published in 1995, has been reprinted in a slightly revised second edition by Immanion/Megalithica. Because it has now been reprinted, PDF files will no longer be available of the first edition. When you are at the publisher website, please be sure to click on the flag for the currency you're using or the country you're living in so as to get the appropriate amount of postage applied.

There are now AUDIO FILES of the prayers in Circle of Stones available at Caera's Bandcamp page for $5. If you're interested in a pronunciation aide, this is the thing you want!

Ogam: Weaving Word Wisdom is available from Immanion/Megalithica as both a trade paperback and as an ebook from Smashwords. The ebook is available in many formats for all your reading platforms. PLEASE NOTE THAT THE EBOOK EDITION DOES NOT HAVE THE ILLUSTRATIONS. This may make some parts of it a little more difficult to follow. My recommendation is still to get the paper edition.

A set of PDF printable full-color cards to go with this book is also available from The Preserving Shrine via PayPal for $10. 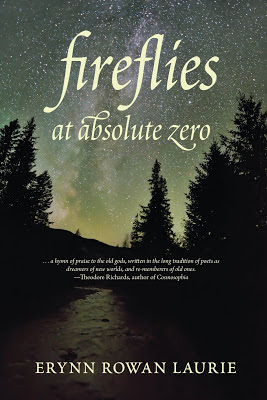 Fireflies at Absolute Zero, is my first collection of poetry. Much of it is of Pagan interest, but it also covers a great deal of other territory. A few samples of my poetic work are found in some of the anthologies in the section below. Fireflies can be purchased at Hiraeth Press, as well as at the usual online outlets. Fireflies was the recipient of the first annual Bisexual Book Awards prize for poetry on June 2, 2013.

When I went on pilgrimage to Ireland and the Isle of Man in 2012, I eventually put together a book of photographs and text from that trip. I published them on Lulu in a hardcover and a PDF ebook edition. The hardcover is expensive because of the full color printing, but the ebook is only $1.99; They are 20 pages long. 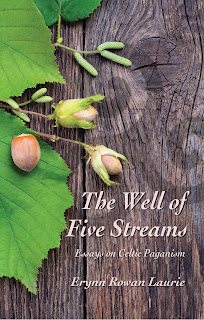 The Well of Five Streams: Essays on Celtic Paganism is a collection of shorter works from my website, and from the various anthologies I've published in over the last twenty years or so. Also included are interviews with me from various sources, reviews, and a new essay on Brigid and flamekeeping in a CR context. If you have been wanting to have my work in an easily accessible format, this is the book you want! It is available from my publisher here. Over 300 pages of information, opinions, and research. 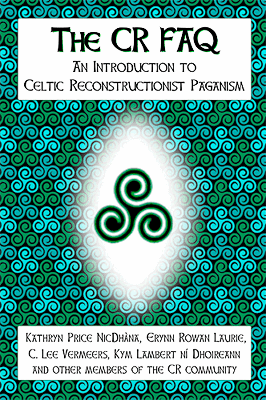 The CR FAQ was co-authored by Kathryn Price NicDhàna, Erynn Rowan Laurie, C. Lee Vermeers, and Kym Lambert ní Dhoreann with input from many other members of the Celtic Reconstructionist Pagan communities. It is available from Lulu and all proceeds are being donated to Gaelic language and cultural preservation charities. It is available to read for free on the web here.


Anthologies with Contributions by Erynn

Queen of the Great Below: An Anthology in Honor of Ereshkigal edited by Janet Munin includes my poem series At the Gates. Published by Bibliotheca Alexandrina, it can be purchased here. 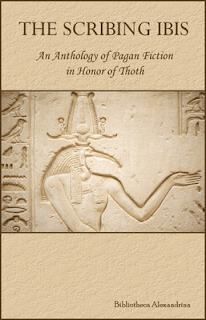 The Scribing Ibis: An Anthology of Pagan Fiction in Honor of Thoth edited by Rebecca Buchanan contains my first published fiction piece, Birth. A Bibliotheca Alexandrina publication, it can be purchased here. 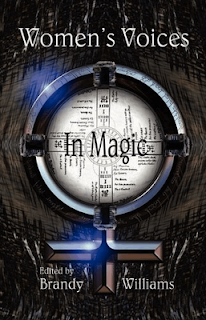 Talking About the Elephant: An Anthology of Neopagan Perspectives on Cultural Appropriation edited by Lupa has two contributions from me. Dead Religions, Living Cultures: The Reconstructionist Research and Visionary Blues deals with issues of who owns culture and spirituality when the originating culture no longer wants it, and Work and Fear addresses eclecticism, syncretism, and the practice of more than one spiritual path in an authentic manner. It is available from Megalithica here. 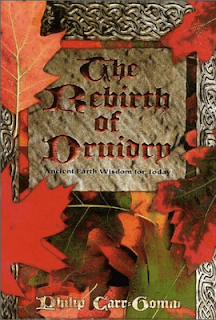 The Rebirth of Druidry: Ancient Earth Wisdom for Today is a reprint of the earlier The Druid Renaissance, edited by Philip Carr-Gomm. It contains a new introduction and a few updated sections, but if you already have The Druid Renaissance there's no need to buy the retitled volume. This book contains my essay The Preserving Shrine and a resources section that I contributed to in the back matter. It can be purchased from the used book seller ABE Books.

The Pagan's Muse: Words of Ritual, Invocation and Inspiration edited by Jane Raeburn contains my poem Samhain Dance. It can be purchased through the global used book seller ABE Books.

Getting Bi: Voices of Bisexuals Around the World edited by Robin Ochs and Sarah E. Rowley contains my poem the land between. Please note that my poem is only in the first edition of this book. The second edition contains some different material and does not have my poem. The first edition can be found at ABE Books.


Datura: An Anthology of Esoteric Poesis edited by Ruby Sara is a beautiful limited edition volume of only 500 copies from Scarlet Imprint, a UK publisher of talismanic books. It contains my essay Becoming Poetry and my poems On Seeking Dreams and Abrasax. There are very few of these left, but it can currently still be acquired from Scarlet Imprint.

The paperback edition is much more affordable and is also available from Scarlet Imprint.

Out of the Broom Closet: 50 True Stories of Witches Who Found and Embraced the Craft edited by Arin Murphy-Hiscock contains a short autobiographical piece by me titled Gramma, I Want to Be a Witch. It addresses a conversation with my mom about my coming into Pagan spirituality and her reactions and relationship with me around that. As I initially became a Pagan through eclectic Wicca, this goes back to an earlier phase of my spirituality. It is available from Powells.

Disability and Religious Diversity: Cross-Cultural and Inter-Religious Perspectives edited by Darla Schumm and Michael Stoltzfus is an academic anthology containing my paper Since Feathers Have Grown on My Body: Madness, Art, and Healing in Celtic Reconstructionist Spirituality, addressing geilt and PTSD. It is published by Palgrave Macmillan and is available from the publisher. 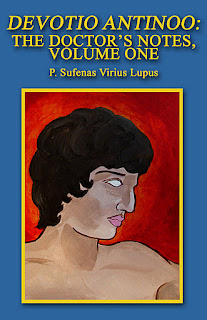 Devotio Antinoo: The Doctor's Notes, Volume One by P. Sufenas Virius Lupus of the Aedicula Antinoou blog and the Ekklesía Antínoou. I have two short rituals in this book, for the Festivals of the Lion and the Lotus. Antinous is one of the deities I honor, as a member of the Ekklesía Antínoou, and this book covers a great deal of the historical material, along with a vast and impressive store of modern practices for people who are interested in Antinous as a deity. It is published by The Red Lotus Library available from Createspace.

Mandragora: Further Explorations in Esoteric Poesis is a companion volume to Datura and contains two of my poems, Lost Text and On the Origin of Dreams, and my essay Burying the Poet: Brigid, Poetry, and the Visionary in Gaelic Poetic Traditions. It is available in both hardbound and trade paper editions from Scarlet Imprint. 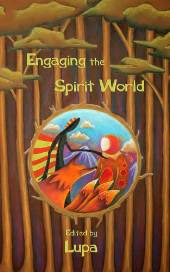 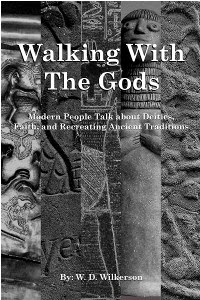 Walking With the Gods: Modern People Talk about Deities, Faith, and Recreating Ancient Traditions by W. D. Wilkerson interviews a wide variety of modern polytheists, including me. It is available in paperback and a variety of ebook formats at the publisher's website.

Which Witch is Which: A Concise Guide to Wiccan and Neo-Pagan Paths and Traditions by Patricia Telesco includes the CR tradition description from the Witchvox site. This short essay was authored by several members of the CR community and edited by me, republished with permission from the main authors of the essay. It is available from ABE Books.

Pagan Pride: Honoring the Craft and Culture of Earth and Goddess by M. Macha NightMare includes several short encyclopedic entries on Celtic topics that I researched and wrote for her inclusion in this book and I am credited in her acknowledgments. It can be got through ABE Books.